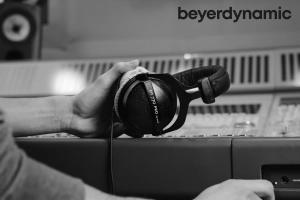 The Beyerdynamic DT 770 PRO is advertised as high quality, with excellent sound, and having a range of use for professional applications.

But do the people who have used this product agree? Can it do what its inventors say it does? Well, reviews are often the best way to judge. Let's see what they say about the headphones.

One of the most essential things regarding headphones is their sound quality. No one wants to buy a pair of headphones if they don't have good sound. For this pair, the sound quality feedback was mostly positive, but there were a few negatives based on personal preference.

The 32 Ohm has the lowest ratio of favorable reviews with about six out of ten loving it. Complaints were that the headphones didn't have enough bass or that the high notes were much too high for them.

The 80 Ohm does very well in sound quality reviews. About eight out of ten love their headphone sound. Ironically, the issue was the opposite of the 32, and it has too much base. On the other hand, though a few critiqued it, most loved the bass content.

The 250 Ohm had reviews all over the map. Those that purchased it for their everyday life had issues because it requires an amp and won't work well, if at all, with mobile devices. When it's plugged in, no sound can be heard without an amp. It also has a higher pitch than the 80.

Those that use it for studio purposes have left it favorable reviews, saying that they can hear things they weren't able to with other pairs of headphones.

In everyday life, the 80 Ohm is the most popular. It's great for songs during work and travel, and ambient noise to help one sleep. If you're not a fan of bass in songs, than you might want to consider a different option. But if you love it (as many do) than the 80 is a good fit.

The Design and Build

As discussed earlier, the impedance has no effect on the physical size.

The headphones are designed with a cushioned headrest and fur earpieces for comfort.

The pieces joining the headrest to the earpieces are plastic, which might break after a few years (something to consider if you plan on using them daily). On the other hand, the headphones are very sturdy and survive being dropped (multiple times) and being thrown into a backpack without a case.

The cord can become a problem due to its length. Besides, it does not detach, whereas most wires in this price range do. For the 250, the cord is very heavy and weighs on the head.

It should be mentioned that if you use these for sleeping, and frequently toss and turn, a non-detachable cord produces a strangulation hazard.

Overall, the design is quite sturdy and will last for a few years.

What Are They Good For?

The Beyerdynamic DT 770 has three different sizes. The 32 Ohm, the 80 Ohm, and the 250 Ohm. These don't refer to their physical size, but rather their impedance.

The higher the impedance, the less likely it is to become damaged from overloading and blowing up…just kidding. This doesn't necessarily mean you should automatically buy the 250 though. Anything over 100 Ohm requires specialized equipment, such as an amp, in order to work.

The 250 Ohm is for studio use, and it works great for its intended purpose. However, everyday individuals seem to have little use for them.

The 80 Ohm is intended for studio use (to a lesser extent than the 250), but it's much better for everyday life. It has better sound than the 32, without requiring an amp like the 250.

The 32 Ohm is designed to be a good portable option. It easily connects with phones, laptops, and other devices without any special equipment.

If your clumsy (like me), then I have good news for you. All three versions have been (unintentionally) drop tested and still worked beautifully. As someone who has broken many things by dropping them, I find this amazing.

Both the 32 Ohm and the 80 Ohm have been used for sleep. The negatives reported have been the cord doesn't detach, posing a strangulation risk. They are also bulky, which makes them hard to use for side sleepers. If this worries you, there are other options, such as cozy phones.

Otherwise, users report that the headphones sound amazing, and can play any ambient noises they desire, as well as block out outside sounds.

All three sizes have been designed the same in terms of comfort, but they do require a few weeks of breaking in.

It's also been noted that the earpieces are stationary, meaning they cannot be as easily adjusted, like other pairs. It can be a problem for people like me who prefer one earpiece off center so I can hear what's going on around me.

The last customer complaint is the cord. As stated before, it won't detach, and with the 250 Ohm, it can be heavy and put a noticeable weight to one side.

The complaints come from about 10 percent of the reviews. Otherwise, the headphones are extremely comfortable. The cushioning on the headrest is prominent and frankly better than most. Its earpieces are one of the few to have fur cushioning, making much more comfortable and a lot like earmuffs.

After a few weeks, they stop squeezing your ears and head. I've had my current pair for a year, and it still does this, so I find this fact amazing.

Lastly, though the cord is annoying for short distances, it's great if you are moving around or are seat farther away from the output device.

Are They Noise Cancelling?

Unlike the comfort, the size does influence whether the earbuds are noise-canceling or leaking sound, likely because they carry a different volume range.

The 250 Ohm is perfectly noise canceling, even if the studio is in a highly traffic infested area. The sound leak from the 250 hasn't been a mentioned problem.

The 80 Ohm has mostly positive feedback. In most cases, it cancels out the sound. However, if you are in a noisy area, it might not have the full effect. There is some sound leak if the headphones are at a high volume, which isn't a big deal for commuters. For office workers or those in quiet spaces with other people, it can become a small issue.

The 32 Ohm has the most complaints about noise canceling (or lack thereof) and sound leak. Even then, there aren't very many.

The noise-canceling isn't entirely there, and the sound link is moderate, causing a small problem for those who have quiet workspaces (like the library)

As with any purchase, there are pros and cons. Let's look, starting with the cons.

With the cons, come the pros. For headphones, the advantages cover what most people are looking for. 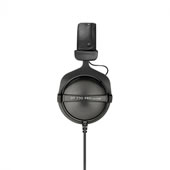 Headphones are a great way to listen to music, movies, and other sounds without bugging your neighbor. They also don't get lost easily or lose the sound in one ear, like some earbud pairs (I lost five in one year). Of course, no product is perfect.

The Beyerdynamic DT 770 covers everything you might be looking for in headphones, but it also has a few common negatives. The cord is an issue, but its durability, and amazing sound are talked about in every favorable review. The pitch and bass vary by size, and personal preference can play a huge role when deciding whether you love it or hate it.

Consider all the above as you make your decision and enjoy whatever it is you choose. If you think they won't work for you, there are other options. If the sleep negatives are your concern (and I can see why they would be), the AcousticSheep Sleep Phones or CozyPhones Sleep Headphones are a great alternatives.

Kokoon Review - Is It as Good as Promised?

How to Block Noise - Sleeping All Night Long without Disturbances

Listen to Music and Get a Great Night’s Sleep

SleepPhones Review: Is It the Best Friend of A Side Sleeper?