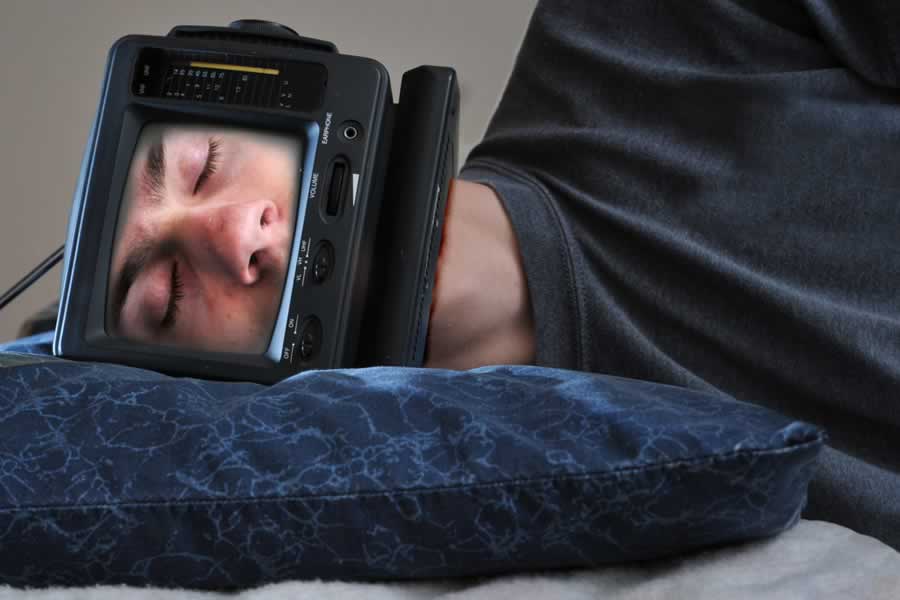 If it seems as though everyone has their noses buried in their smartphones these days, it's because they do: studies show that we peruse our phones every 12 minutes on average, which is roughly 80 times a day.

Unfortunately this incessant need to constantly be “plugged in” to our devices even follows us to the bedroom. In fact, the frequency we check our phones at bedtime - and even throughout the night - ought to be alarming, considering the harmful effects of technology on our brains and overall quality of sleep.

Countless studies continually warn us against the excessive use of technology at bedtime, including television, video games and other devices, and yet the number of those who suffer from sleepless nights due to such technological addictions is on the rise.

We discuss here how we can improve sleep using personal sleep gadgets, such as sleep trackers, smart alarms, noise cancelling headphones, and even smart beds with complex heating and cooling systems.

While it's true that sleep technology has many beneficial and useful elements when it comes to tracking and displaying information, the negative effects of smart screens on our health and sleep are very real and should be taken into consideration. More to the point, excessive usage at night is detrimental to getting a night of decent sleep, as it counters the body's natural internal clock.

Many Americans, especially millennials, don't ever shut their phones off - not even overnight. That means that little blue light emitted from our phones that has been touted as the single most harmful wavelength we can subject ourselves to is being left on all day and night for the majority of Americans, and it's causing more than just a few sleepless nights.

Factor in those of us that watch television or play video games right before bed and it's no wonder that our collective quality of sleep is dropping as time goes on.

What's more, technology negatively affects more than just our ability to sleep well, it can lead to sleep deprivation, and in turn, serious mental and physical health issues down the road.

The Importance of Sleep

Health professionals tout the benefits of the recommended 8 to 10 hours of sound snoozing nightly: sleep is as important to the human body as breathing and eating. It's a huge part of our overall health, and denying ourselves that sleep can lead to all kinds of issues - both mental and physical.

A few weeks of healthy sleep can help you avoid obesity, overeating, and can improve your mental awareness and ability to pay attention. Good sleeping habits improve problem-solving skills, productivity and even memory, and in general, can just improve your overall well being.

Meanwhile, shorting yourself on sleep can lead to long-term health issues, and short-term, can even mimic the negative effects of alcohol - without the fun, mind you.

How Technology Affects your Sleep 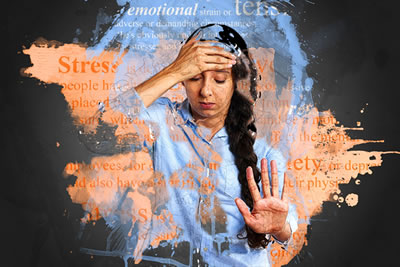 Perusing social media on your smartphone while you settle into to bed for the evening has been proven to prevent you from falling asleep sooner, and may have some longer term, more troubling side effects, such as:

All of the above-mentioned issues lead to, in essence, sleep deprivation which is more detrimental to your livelihood than just feeling a little groggy after lunch on a particularly grueling Monday or packing on a few pounds.

Losing sleep is tied to depression, stroke, diabetes, heart disease, inflammation of the digestive system, and even bowel disease.

It's no surprise then that Americans are increasingly concerned about their lack of shut-eye, and this has in turn brought about an unusual mental disorder: orthorexia.

Orthorexia is essentially the obsession with tracking sleep or lack thereof, and yes, it is a real disorder. Technology and, in turn, sleep trackers might be the worst possible enemy to those suffering from orthorexia, as they feed their obsession and confirm their main fear that they are, in fact, not getting enough sleep.

However effective these handy apps and trackers are when it comes to monitoring your movement patterns, that same smart technology might be guilty of destroying our ability to sleep well in the first place.

A solid night's sleep might be completely possible for most Americans who complain of sleep issues by simply powering down and unplugging for an hour or two before bed. The tricky thing is that most people are so completely addicted to their devices that they're literally attached to their phones at every waking, and as it happens, near-waking moment. For many, a phone powering down due to low battery, for example, is downright panic-inducing.

And so we've encountered something of an impasse - we all want a solid night's sleep, but we can't leave our phones or devices alone long enough to earn it, regardless of the consequences.

It's no wonder then that many people suffering from getting a solid sleep every turn to technology to find answers - after all, they've always found solutions that way before. But sleep tracker apps are no better than other smart devices when it comes to the benefits provided at bedtime. The harmful blue light coming from your phone, the same light that is destroying your peaceful sleep each night, is also the same blue light admitted by your wearable sleep tracker or app.

Some sleep apps can be beneficial when it comes to monitoring basic movement and restlessness throughout the night; they don't paint the full picture of what is happening to your body as you sleep. They don't accurately calculate your REM sleep or, most importantly, your circadian rhythm, which is already being meddled with thanks to your smartphone on the bedside table.

The best advice for technology usage at night is simply not to use it. As for diagnosing your sleep issues or potential disorders, beyond attending a sleeping clinic and seeking professional advice, the only solution that health professionals agree on consistently is to turn off your phone or at least put it on the do not disturb setting, read a book, and in general, avoid technology in the twilight hours. It's tried and true, after all, and, as any sleep-deprived person will assure you, sleep is too precious a thing to forgo, even if there are multitudes of funny cat videos queued up in your feed.

After all, the cats will all still be there in the morning.

Photo by Evan / CC BY

Sleep Number DualTemp Review - Will it Leave You Hot or Cold?

Nuyu Sleep System - Why should You Consider Other Options?